The 3M Traffic Safety Innovation Award for 2021 was presented to the team behind the Nelson South Innovating Streets project at the Engineering NZ Transportation Group’s annual conference in Auckland on 11 May 2021.

The 3M Traffic Safety Innovation Award for 2021 was presented to the team behind the Nelson South Innovating Streets project at the Engineering NZ Transportation Group’s annual conference in Auckland on 11 May 2021.

The award recognises exemplary innovation and effectiveness to save lives and injuries on roads. Judges considered innovations in thinking and technology, problem-solving, cost-effectiveness and transferability to other areas when making their decision.

“Our 2021 winner demonstrates a quick, effective and innovative approach to improving safety in residential areas, which will have real benefits for our communities,” said Transportation Group National Chair Bridget Burdett.

“Nelson City Council is being congratulated through this award for developing such an innovative and effective project, which could be applied to residential areas in other parts of the country.”

In August 2019, a group of residents and the local kindergarten from Nelson South approached Council, asking for a more liveable street. They expressed frustration and fear about the speed and volume of “rat runners“ diverting from Waimea Road at peak times.

Simultaneously, Waka Kotahi launched a programme called Innovating Streets for People, and Nelson City Council was successful in obtaining funding for a trial project in 2020.

Working alongside Council staff and Stantec consultancy, residents helped to co-design solutions to ensure the streets prioritised people rather than cars.

Regional Transport Team Lead for Stantec James Newton said the first focus was to create a safer environment for pedestrians in the Kawai St South residential area by slowing speeds and reducing through traffic.

Monitoring before and after the Phase One installation showed speeds outside the Nelson South Kindergarten had reduced by 37.5 percent and traffic through the area reduced by 30 percent, effectively slowing speeds on the road by the kindergarten to 25kph.

Feedback from the community has been supportive of the slower speeds and reduction in traffic volume.

The changes made to the streets are part of a year-long trial, allowing for temporary solutions to be quickly implemented to see which measures would work and make changes to those that didn’t. Residents have been kept informed of the status of the project by newsletter and have had opportunities to provide feedback on solutions through Shape Nelson, as well as face-to-face with project leads throughout the project.

Nelson City Council Chief Executive Pat Dougherty said the award was recognition of the hard work of staff and the local community and demonstrated what could be achieved when Council worked hand in hand with local residents.

“It’s never easy trying something new, but this award is recognition that by doing so, we can come up with transport solutions that make our roads safer and meet the needs of residents.  I really commend the staff involved in this project for demonstrating the innovative and collaborative thinking we want in our Smart Little City.”

The project is now in the middle of Phase Two, where the focus is on enhancing safer walking and cycling, connecting the community with schools and the Railway Reserve.

The end goal is to show that traditional residential road space, centred on vehicles and parking, can be used as community space that benefits safer walking and cycling, alongside enhancing the local environment for everyone
Solutions for Phase Two were co-designed with the community, with an on the ground trial run of the proposed solutions held during April. 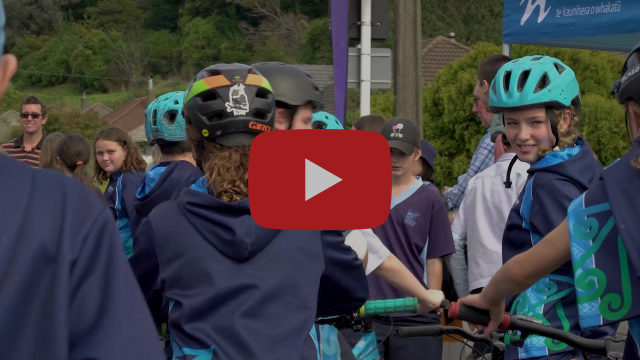 The trial period is due to finish in June, and data collected will be used to develop a long-term road safety solution in the area. Traffic calming measures that were popular and effective will be left in place.

“It was so important to have the support of local residents on this project, and our engagement sessions have allowed us to make many improvements to the initial design.

“A nice example was the aesthetics, many residents weren’t a huge fan of the bright colours and favoured a more natural look involving native trees. The second phase of the trial capitalised on that information, and I think we will end up with something that residents can be really proud of.”