New Nelson Mayor Nick Smith is proposing a new Council structure that allows for a closer working relationship with our neighbours, Tasman District Council, a more efficient way for decision-making and a clearer separation between governance and staff.

“I have proposed with Waka Kotahi and Tasman Mayor Tim King that we have a Joint Nelson Tasman Regional Transport Committee and a single Regional Land Transport Plan,” says Nelson Mayor Nick Smith. “The economies and communities of Nelson and Tasman are so interlinked it is common sense for us to plan our transport network together. There is also a benefit for Nelson and Tasman when competing for funding with much larger centres like Auckland and Wellington, by advocating with one voice.

“We will get a better result from a single land transport plan for Nelson and Tasman, managing our state highways, local roads, bus services, cycleways, and walkways. The linkages are reinforced by us sharing a common port and airport.”

Other changes to governance structure proposed by Mayor Nick include a smaller number of committees, with elected members instead appointed to various taskforces that will make recommendations to Council. The Chief Executive Employment Committee, Audit Risk and Finance Committee, and the Tenders Committee will remain.

“I did not think it was very productive to have standing committees made up of all elected members that in effect debated the same issues twice. I am therefore recommending a flatter governance structure with all decisions going to a once-a-month Council meeting. The change to a series of Council taskforces is to ensure a sharper focus on important issues that need resolution.

“The proposed structure is part of the governance reset at Nelson City Council to make Council more business-like, professional and collegial. The scale of change in personnel, with a new Mayor, Deputy Mayor, many newly elected members, and a change in the organisation’s Chief Executive next year, means it makes sense to try a new way of working. I have committed to review the committee structure and allocation of roles in consultation with councillors in May 2023; when we will have a new Chief Executive, and councillors will have gained valuable experience in their roles.”

The full proposed governance structure can be found here. 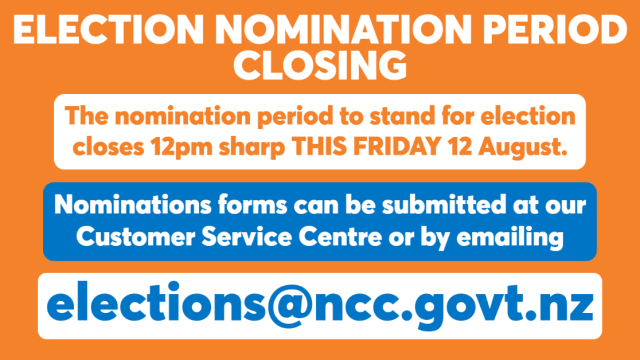