Nelson City Council will decide on Thursday (15 December) whether to approve two proposals designed to help alleviate the financial stress on those whose homes were damaged in the devastating August 2022 weather event.

The first proposal from Nelson Mayor Nick Smith is an additional $50,000 of funding for the Mayoral Relief Fund by Nelson City Council to cover a shortfall after additional funding was declined by the Government.

Mayor Nick says demand for the Mayoral Relief Fund has exceeded the funds.

“We have had the difficulty of getting funds out to applicants in dire need quickly but not knowing the total funds applied for or available until it closed at the end of November. My proposal for Council to top up the fund by $50,000 enables us to consider all applicants, including those who did not apply until November, and for them to be treated fairly.

“Many residents are now facing financial difficulties due to burdening costs of reinstating their land, including damages that are outside of insurance and EQC criteria such as fencing for stock control, roading and access to properties and water tanks. I am worried at the inequity of applicants being disadvantaged because their application was lodged later. Often people will not know their costs and what their insurer or EQC will cover immediately after the emergency.

“The Mayoral Relief Fund can never fully compensate for the huge losses people have suffered from the floods but it is an important source of support for the worst affected. If the $50,000 funding is approved the overall Mayoral Relief Fund would be $789,000 made up of $390,000 from Government (50%) $349,000 from private donations (44%) and $50,000 from ratepayers (6%). This extra funding will enable us to determine and pay out applicants by Christmas.”

The second proposal is to increase the level of rates remission available to landowners whose homes continue to be uninhabitable as a result of the August 2022 weather event.

Currently, due to a Council resolution in September, rates for uninhabitable homes are reduced by $1240 per annum. This represents the portion of their rates bill that covers water, wastewater, stormwater and flood protection charges, services these residents cannot access.

Thursday’s report recommends increasing this remission of rates to cover the total rates bill for all red and yellow placarded properties that cannot be occupied overnight, an additional total average household saving of $2166 per annum.

Mayor Nick says the proposal to extend rates relief for homeowners recognises the stress people are still under from the storm.

“The extra support is focused on those whose homes are so badly damaged that they cannot be occupied. This extra support for the Mayoral Relief Fund and rates remissions comes at a cost to ratepayers but it is about Nelsonians supporting each other through tough times. This extra support will help the worst affected families and assist in their recovery.” 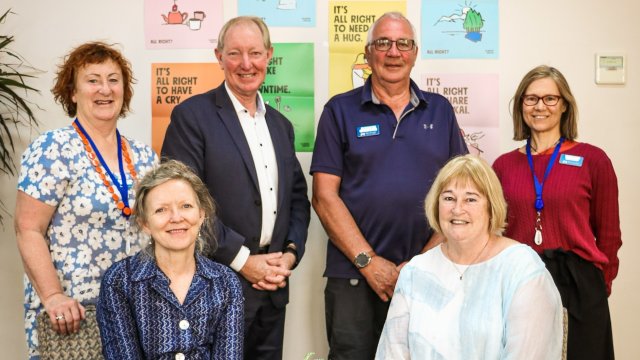