Lessons learned from the construction of Pūtangitangi Greenmeadows Centre, have changed Nelson City Council processes for the better

An external review into the construction of Pūtangitangi Greenmeadows Centre provides a detailed and comprehensive assessment of what went wrong with the project and crucially where improvements can be made to avoid the same issues being encountered on future large vertical infrastructure projects.

A vertical infrastructure project is one involving a significant building or structure that normally requires design by an architect. The review is clear that the recommendations are specific to this type of project as opposed to horizontal infrastructure projects (such as roads, buried pipes and pump stations) that Council undertakes most often.

Nelson City Council Chief Executive Pat Dougherty says while he hopes the release of the review allows the community to understand what occurred with the construction project, it was important to note that the Council had already implemented many of the suggested recommendations of the report.

“We have not just sat back and waited for the review to be completed, because we knew an external review would take some time, instead we’ve gone ahead and made changes to the way we run large vertical infrastructure projects to deliver a better process for our community.”

The changes already made by Council include:

Mr Dougherty says the structure put in place for the library development shows that Council now has a robust approach to major building projects that means risks are identified early.

“We acknowledge with Pūtangitangi Greenmeadows the systems weren’t in place to act quickly when problems arose and while the review points out that the build occurred in a challenging time for the industry, including the exit of Fletcher Construction from the market, had we had the right systems in place we could have managed these challenges better.”

The review noted that while the construction of Pūtangitangi Greenmeadows was ultimately completed to a high standard, the construction of the project that began in November 2016 took longer than expected (completing in May 2019) and project costs were over budget. While it has been reported that the project was over budget by over $1 million, that is not the case with the final cost overrun being $692,437 or 9.4% more than the final approved budget.

While the Council resolved in August 2018 that the Council supported the Chief Executive in commissioning an external review, the review was only able to commence after the conclusion of the settlement process in March 2021.

Nelson Mayor Rachel Reese said while it has taken some time to get to this point, the Council organisation now owes it to the residents of Nelson, and especially the community of Stoke who also had to wait for two more years than they should of for Pūtangitangi Greenmeadows to be completed, to learn from its mistakes.

“With the completion of the review and the very clear recommendations it contains, Council now has a blueprint to follow for future large building projects to ensure this situation isn’t repeated.”
← back to stories 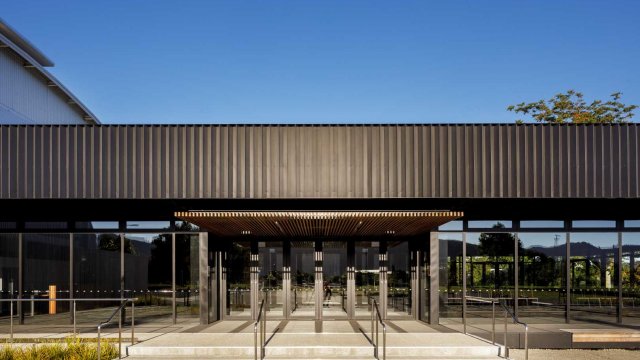