The triennial awards recognise outstanding community service, with a particular focus on individuals or groups who are helping us achieve our vision that Nelson is the Smart Little City: He tāone tōrire a Whakatū.

The vision is underpinned by the Nelson 2060 goals and these are reflected in the nomination categories.

There were 68 nominations received across the five categories in this year’s awards, with individuals and organisations recognised at Tuesday’s ceremony, highlighting their outstanding efforts in making Nelson an even better place.

Mayor Rachel Reese, who presented the awards, said that the ceremony showcased Nelson’s amazing community spirit, with a high calibre of nominations.
“It is so encouraging to see such a wide range of talented people nominated,” Mayor Reese said.
“The ceremony is an excellent opportunity to thank those who are making a difference here in Nelson. These are great people who make Nelson the Smart Little City.”

The winners across each of the categories were as follows:

1. Community Hero
This award is about encouraging those who both lead and take part in community activities.

Winner: Margaret Goff
Margaret was the driving force behind an outstanding community response during the Pigeon Valley Fire. Within 24 hours of the blaze starting, she had opened the doors to the Nelson Suburbs Football Clubrooms at Saxton Field and it became a busy community hub for dishing out meals, donations, supplies and community support to hundreds of firefighters, emergency workers and evacuees over several weeks with the help of 100 community volunteers.

Her tireless work, support and dedication have earned her this very well-deserved award of community hero.

2. Change Maker
This award recognises an individual who is environmentally innovative and embraces change in the business and/or the community.

Winner: Zoe Palmer
Zoe is involved in many aspects of the community and is instrumental in advocating for the voice of young people.
She was an advocate in raising concerns about the removal of the Child and Adolescent Mental Health Service crisis team in 2018.

She worked with the community, health sector, and local government as well as with national government, to challenge the proposed changes, which included presenting a petition of over 2000 signatures to Parliament.

Zoe has also been part of Whanake Youth-a youth health and wellbeing trust and leadership roles in the Nelson Jazz Band, Youth Rep on a Youth well-being group within Nelson Marlborough Health, and Top of the South Youth Hui oversight group.

Zoe works for an agency which helps people with physical or intellectual disabilities gain employment in the community. She is looking at writing a book, enabling families to share their stories about living with mental illness and supporting others in their families with mental illness.

3. Kaitiakitanga
This award recognises those people who are raising awareness of those who are caring for our natural environment through volunteer efforts.

Nelson College for Girls led the school climate strike protests which saw over 2000 people fill the top of Trafalgar Street to push for our government to do more to raise awareness of climate change and drastically reduce our impact on the planet.

It was inspirational and overwhelming to see the call for action delivered by these girls – true leaders for the future.
Nelson City Council has become one of the first councils in New Zealand to declare a Climate Emergency, in part inspired by the efforts of these girls.

4. Leadership
This award recognising an individual in the business or education fields who has gone above and beyond to show leadership and giving back to the community, while educating and encouraging others to do the same.

Ron stands out as being an employee who goes way beyond his job.  As a Deputy Principal at Nelson College, his job can involve dealing with the ‘not so positive side’ of student behavioural issues. Ron treats these boys with firmness and respect.

Ron’s recent ex-curricular work at the college involves the Maori carving he has done for the Whanau building, Te Ara Poutama.

He recently travelled with the Year 13 student leaders to Christchurch to attend a Leadership Conference. While there, the group visited the Mosque to express support to the Muslim community and gifted a painting by a Nelson College student. They also visited Christ’s College to hand over a cheque from funds raised from a mufti day, to help with their cause in supporting victims’ families.

His sense of community shows by his willingness to be involved in a huge variety of both school and community events – often out of hours and in addition to his paid employment.

5. Smart Little City
This award is about recognising those smart thinkers who create new possibility through the clever use of resources, technology or collaboration to get us closer to being a Smart Little City.

Winner: James Upton (posthumous)
James’s business, the Nelson English Centre was his “bringing people together business”, with people from overseas not just introduced to English, but to Nelson, and James was so proud to be a part of that process of welcoming them to our city.

James founded the Nelson English Centre more than 20 years ago, and it continues to attract international students to Nelson. James’s vision was not just to teach them the language, but to ensure they enjoyed the whole Nelson experience.

The move of the Nelson English Centre into the old Radio Nelson House was the catalyst for James to lead the charge in breathing new life into this previously sleepy area of town. He established a pop-up gallery in an empty room of the school for local artists. 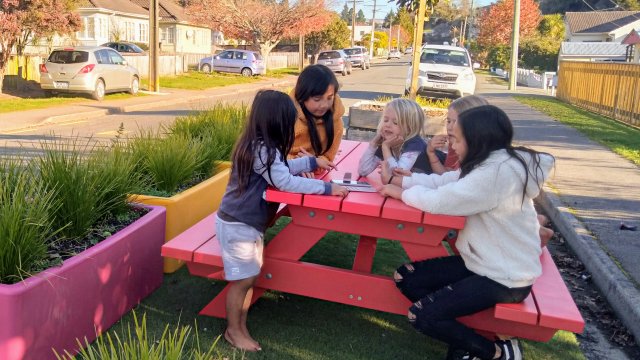