Cycling to school just became a lot safer for students at Tahunanui School with the completion of Stage 2 of the Tahunanui Pathways project. The new project, which is a mixture of shared pathways and protected cycle lanes, has made cycling and walking a safer and more appealing option for everyone living in Tahunanui.

Tahunanui School’s main entrance is on Muritai Street and children there are already enjoying the benefits of the new cycle lane, according to headteacher Barbara Bowen.

“Lots more children are cycling to school now, and feeling more confident about it as well. Previously we would only have had a few bikes in the bike stand, but now we have more children cycling, and more parents cycling with their children too. It’s been really well supported.”

Barbara says she is fast approaching a point where 50% of the children at her school have the ability to ride to school independently – her goal is for that number to reach 100%.

“We are even getting groups of children using the cycle path together to keep each other safe. We talk a lot about walking to school, but let’s face it … riding to school is a bit more exciting.

“We struggle to get their bikes away from them actually, the bike stands have turned into a bit of a meeting place in the morning. They talk about the latest bike and the latest ride that they have done.”


At the intersection of Waikare Street and Beach Road, cyclists and pedestrians will be able to cross the road safely on a new raised table constructed with the help of money granted from the Provincial Growth Fund (PGF). Final line marking work is being carried out, but the route is now ready for people to use. 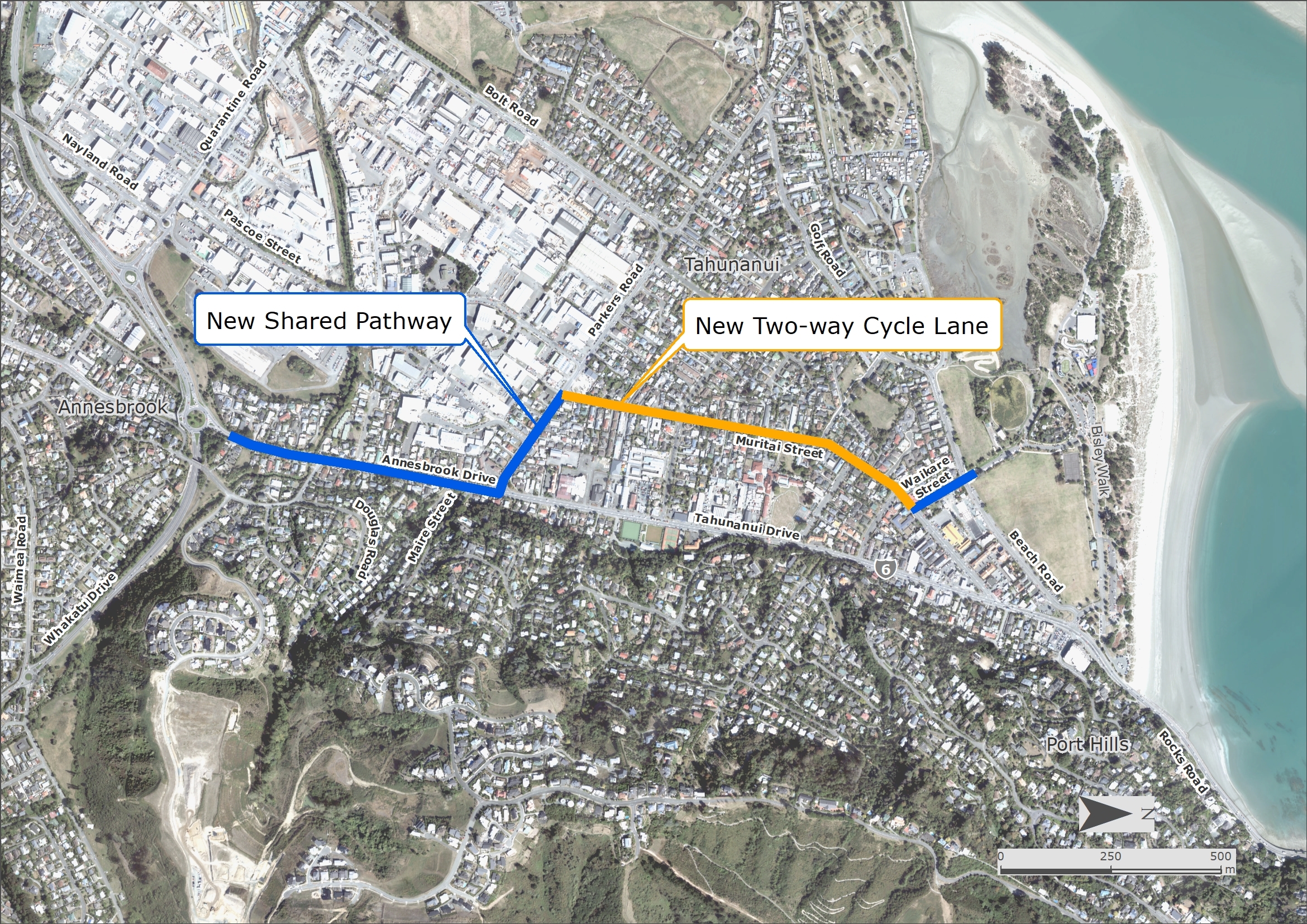 “You could clearly see how enthusiastic the children were about using the new pathway today. It’s such a transformation for these streets in Tahunanui – safer, healthier and better for the environment. The new cycle lane even links this area up to other cycling infrastructure in our region.” 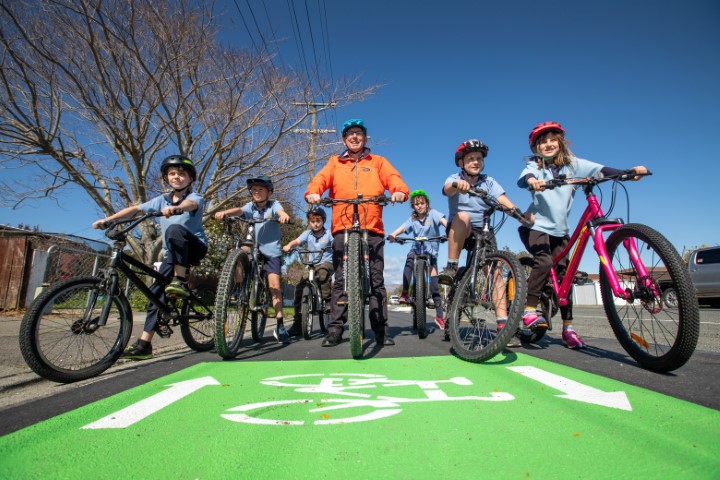 Barbara agreed that children were benefitting from being more connected to the rest of Nelson.

“We’re kind of in the middle of quite a few things here. We now have a natural pathway out to the Saxton Sports Field. I heard from one child in my basketball team that he can now cycle there in twenty minutes, which I am just blown away by!”

Group Manager Infrastructure Alec Louverdis thanked local community groups who were instrumental to the completion of the project.

“Tahunanui Community Centre, Bicycle Nelson Bays, Tahunanui School and the Tahunanui Business Association all provided support for the new shared pathway. It’s a great new asset for this area that will make it easier for people to choose to leave their car at home when making journeys in their local area.

“We know there is a wide variety of cyclists in Nelson, and not all of them are confident on the open road. Pathways like this make cycling a safe option for a greater number of people, especially younger people on their way to school, and will reduce the number of short journeys taken by car in Tahunanui.” 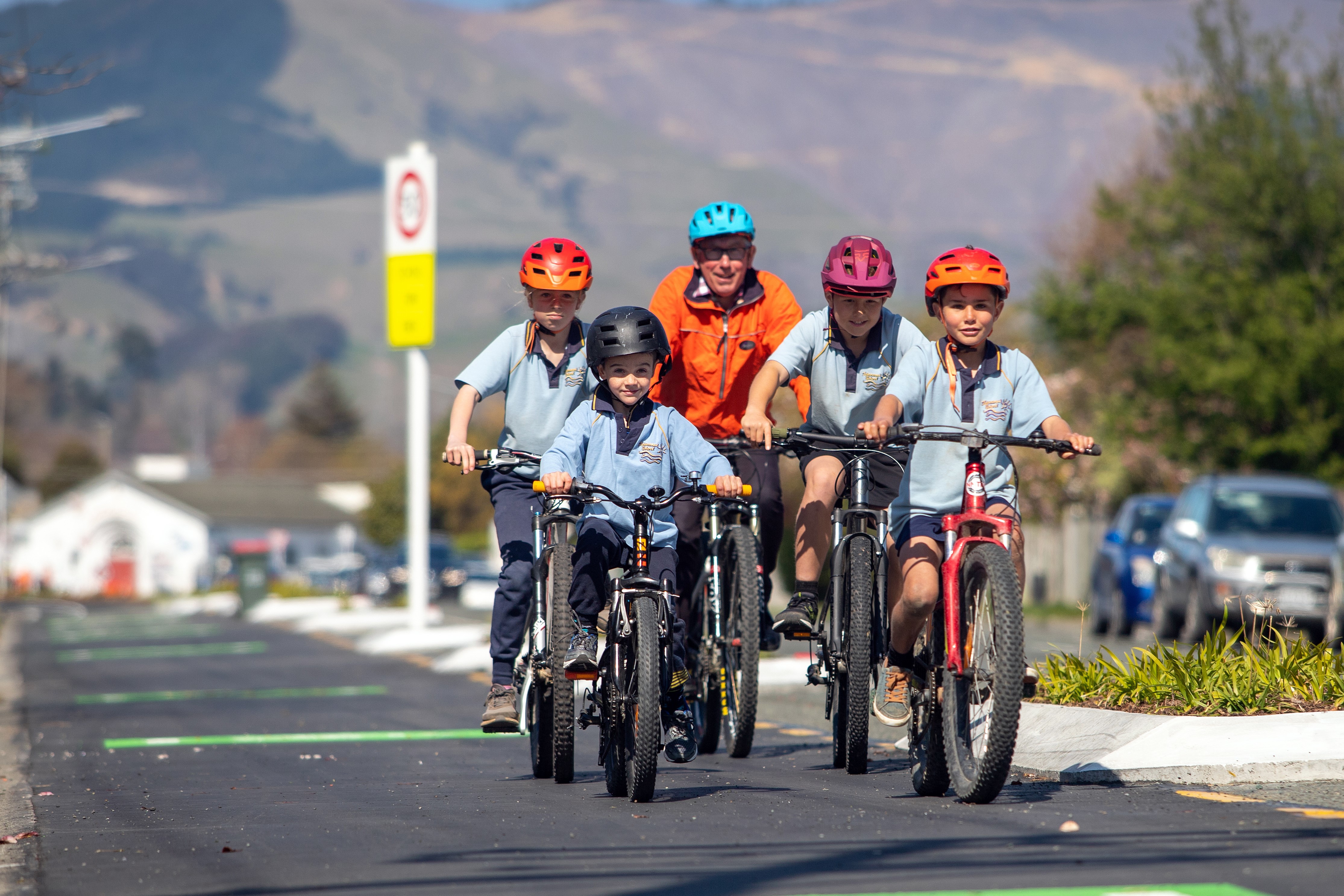 Once the pathway is fully completed, cars should not park on the two-way cycle lane or shared pathway. Drivers living along the route are asked to take particular care as they exit their driveways and keep an eye out for cyclists and pedestrians.
← back to stories