Born and raised in London, John was part of a Mosquito bomber crew that flew over Europe during World War II.


After spending seven years in Edmonton, Canada after the war, John emigrated to Nelson in 1960.

One of Nelson’s oldest residents, John has a long involvement with the RSA.

A recipient of the RSA’s Gold Star award for more than 20 years service, John was one of the first people to volunteer as a trustee.

John has also sold poppies at a table on Trafalgar Street with his wife, for many years.

His “claim to fame” is that he has probably recited Binyon’s Ode (They shall grow not old, as we that are left grow old...) more times than any other RSA member.

He has recited it at the RSA on club nights, funerals, Bomber Command, Nelson Hospital, schools, and other ceremonies representing the RSA.

Jim Gordon, a woodturner from Hokitika made the bowl, which was presented to John, and is making more to give to individuals and RSAs around the country.

John still makes his way to work three days a week at the Cawthron Institute, where he works 1.5 hours each day as a repairman. He has been working in this job for the past 33 years.

There are plenty of Anzac commemoration events planned for Nelson as part of Tuku 21 Whakatū Heritage Month: Mayor's Message: Anzac Day a 'time to remember those who served our country' 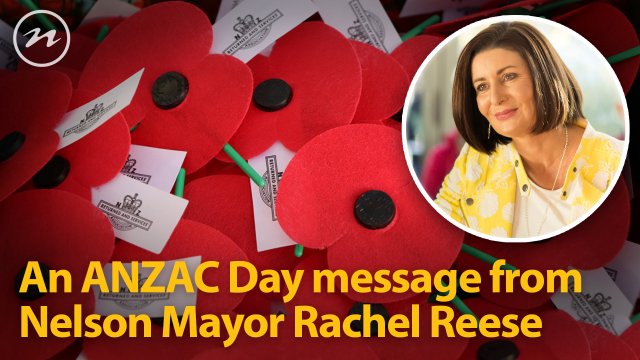